Chris Lane visited California’s Capital on his Big, Big Plans Tour that kept Ace of Spades singing and dancing to his country music hits. The crowd went wild as he and his band members walked on stage. His charm and welcoming demeanor put the crowd in the right spirit to celebrate the night with him and his band members.

As an artist, Chris created a unique way to enhance how concert goers experienced the night. His stage contained an electric back screen that displayed visuals and videos that pertained to each individual song. It was easily seen as well as enjoyed by everyone in the venue. Quickly into his set, Chris introduced his hit song ‘Big, Big Plans’ that he wrote to propose to his now wife. As he sang the song with passion, a video of short collective clips of his wife, Lauren Bushnell, played in the background. Its sweet sentiment left the crowd smiling and is perfect for this Valentine’s season.

When he introduced the various band members, Chris gave a little introduction to himself and his team because he was not able to do so on other tours he did not headline. Musical talent runs in his family. The artist introduced the drummer, Cory Lane, as his identical twin brother. In between introductions, Chris and his band played throwbacks along with country classics. Lead guitarist Zachary Morris, bassist Bradford Carrick, and keyboardist/ guitarist Dean Kreseski nailed each note they played. Chris also put older pictures of the members up on the screen for everyone to admire. 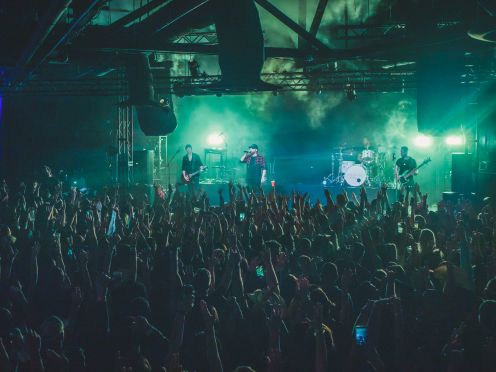 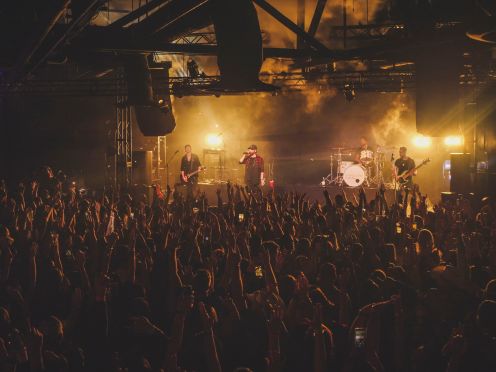 Towards the end of the night, Chris invited up a fan at the venue who he saw exude extreme excitement throughout the night. When she stepped on stage, the first thing she exclaimed to Chris was, “I love your wife!” The crowd chuckled.

As the night wrapped up, Chris and his band stepped back on stage for their encore. Before launching into the songs, Chris pointed and invited on stage a fan in the crowd who he had seen throughout the night flawlessly singing each song word for word. The young boy leaped on the stage with full excitement. He played his hit songs ‘I Don’t Know About You’ and the young fan had the chance to sing the chorus. The fan executed it flawlessly and had the crowd cheering wildly. Chris gifted a signed acoustic guitar to the boy which showed the artist’s big heart and appreciation for his loyal fans. The band wrapped up the night with his smash hit ‘Take Back Home Girl.’

There is no doubt that Chris Lane belongs on stage and as a name in the Country Music Industry. The sky’s the limit for him, and Sacramento cannot wait to welcome him back to town.  To keep up with Chris lane, check out his website, Instagram, Facebook, and Twitter. There is still time to see him in concert! Check out tour dates here!

All photos courtesy of Randy Shaffer