The Chainsmokers stole the stage in Sacramento on their 2019 World War Joy Tour.

When the lights dimmed at seven sharp, the crowd cheered in anticipation for singer and actress Lennon Stella. She stepped on with a rocking black and white pantsuit. Opening with ‘Breakaway,’ Lennon set the stage for an unforgettable night. Midway through her performance, she thanked the crowd for their support, and hyped up the upcoming bands. She closed with her hit song ‘La Di Da’ that left concert goers excited for her to step back on stage with Chainsmokers later on in the night. 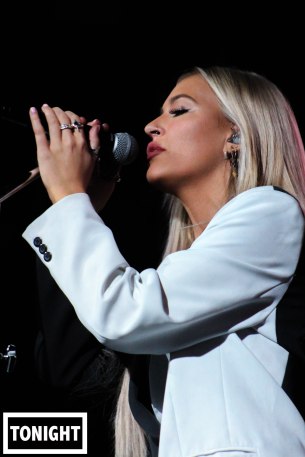 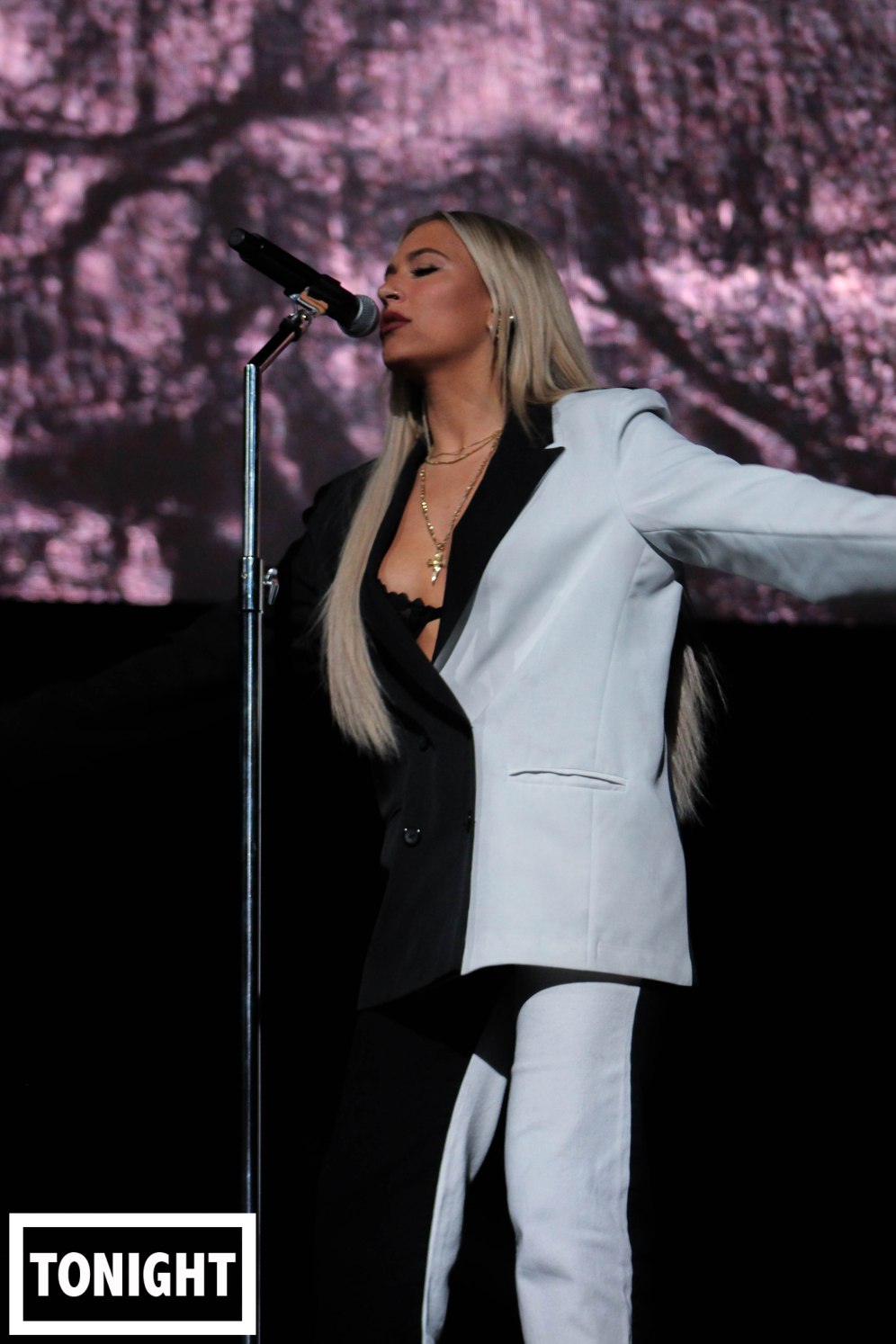 Next in the lineup was the highly anticipated band 5 Seconds of Summer. This Australian group ran on stage with a force full of energy that brought the arena to their feet. Original fans were treated right away as the band opened with the classic ‘She Looks So Perfect.’ It was hard to keep still as the lively performers danced around the stage and asked the crowd to sing along.

Calum Hood, the bassist, introduced each of the members of the band for newer fans. He mentioned that this show was their 38th on the tour. If the band was tired, they did not show it. Each member fed off of the energy of the crowd and gave Sacramento a show to remember. Lead guitarist, Michael Clifford, joked with the audience that he could not pronounce the T in Sacramento because of his Australian accent. Drummer Ashton Irwin also teased the other members of the band when boasting that each person at the concert was there just to see him. He told fans to take out their phones and take a selfie with the person next to them, even if it was a stranger. Throughout the set, lead vocalist Luke Hemmings strut the catwalk while engaging the audience asking them to sing along with him.

Fans enjoyed classic songs, new and old, from the band such as ‘Amnesia,’ ‘Valentine,’ and ‘Teeth’. When they played their latest album’s hit song ‘Youngblood,’ fans young and old sang their hearts out to the lyrics. After a night of fun dancing and jamming on stage, the band thanked the crowd and took a deep bow arm in arm signaling the end of their set. However, excited fans knew they would be back soon enough to sing with The Chainsmokers. 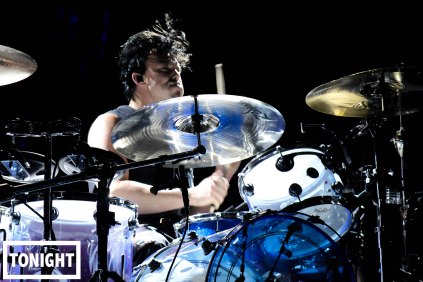 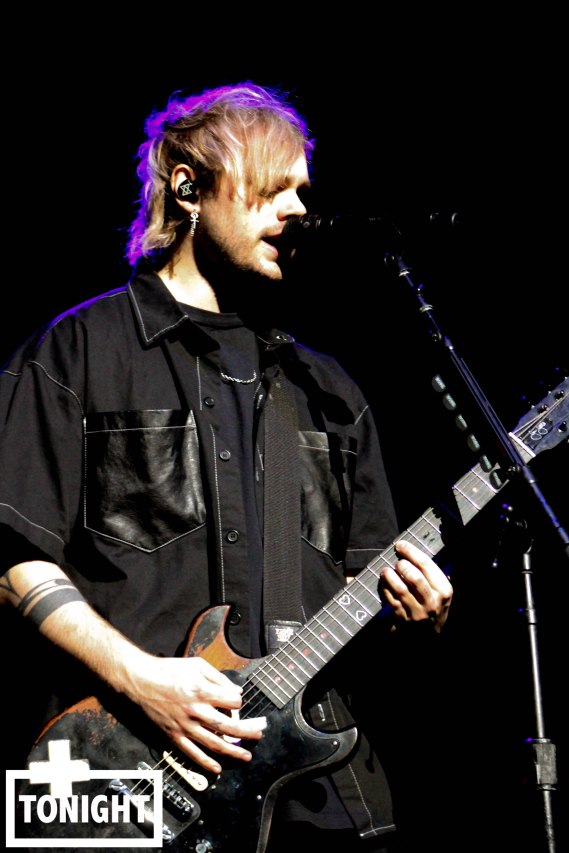 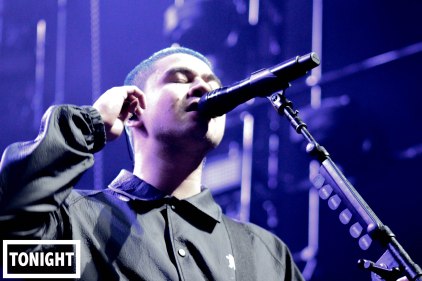 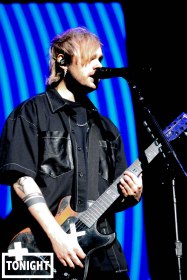 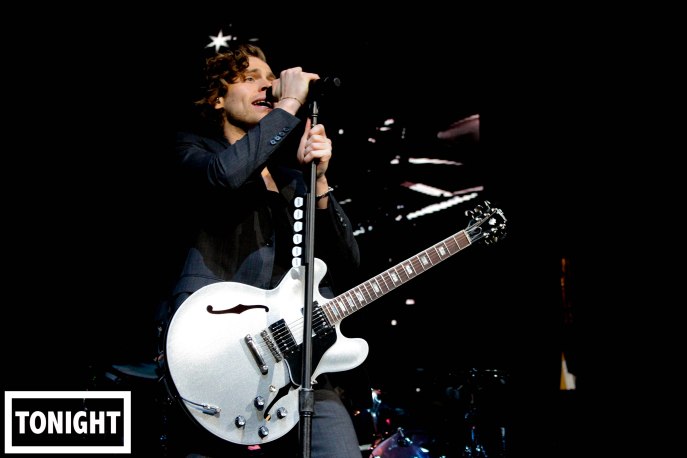 Lennon Stella joined the band onstage to sing ‘Takeaway’ to open the set. 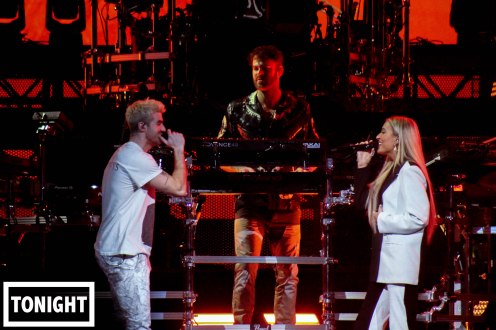 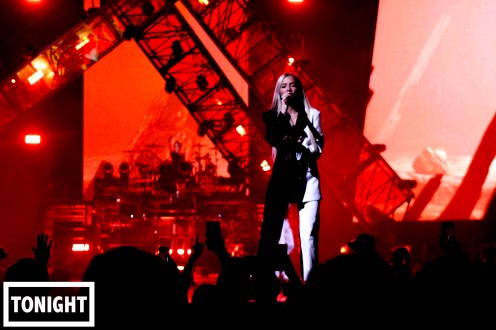 Drew enthusiastically waved to fans in each section making everyone feel special. He fed off the energy of the crowd and jumped around on stage.

Later on, the drummer moved forward on stage so his kit could ascend into the air. He played an impressive solo and ended his performance by playing the drums with his drumsticks lit on fire. The audience was left in awe at his skill.

The Chainsmokers were not limited to the stage either. Drew climbed on a lift that took him above the air as he swung and sang to the stadium. He showed no fear of heights. The daring musician then climbed into a large metal cage ball that resembled the New Years Eve ball. It also took him high into the air while he sang ‘Sick Boy’ to the audience.

The duo had each person in the audience moving to the music. They thanked loyal fans for continued support, and expressed that they were excited to come back. The Chainsmokers then brought 5 Seconds of Summer back out to begin closing the night. Both groups gave their all with the highly anticipated ‘Who Do You Love’ collaboration that had the crowd singing loudly along with them.

Finally, after a night filled with great music, The Chainsmokers ended the night with their hit ‘Closer.’ 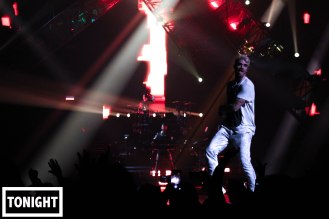 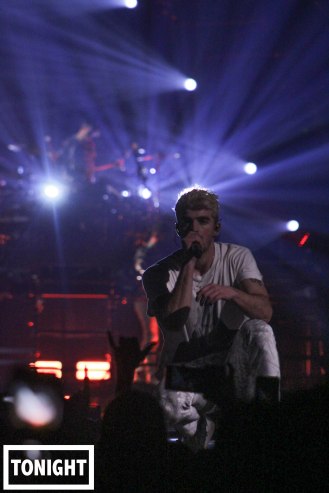 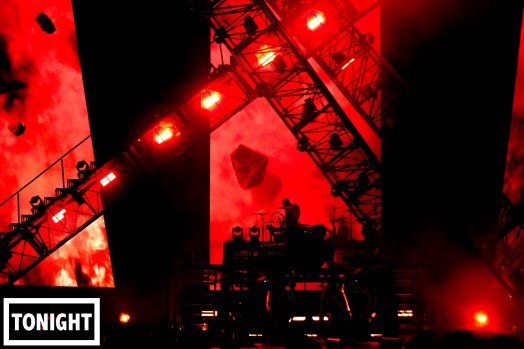 It’s not too late to see each of these artists before the tour closes. Check out the last few tour dates available.

To keep up with Lennon, 5SOS, and The Chainsmokers, follow their Instagrams! 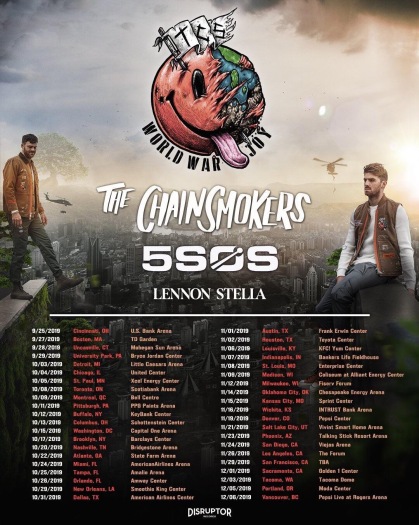