Alessia Cara rocked The Novo stage on the Los Angeles stop of her 2019 The Pains of Growing Tour.

The stage’s setup was a room, accompanied with walls, makeshift windows, lamps, a couch, and a bed. The set designs fit a common theme in Cara’s music, as she often writes about the idea of home.

Cara opened the show casually sitting on the couch and turning on a desk lamp. She began singing the reprise of ‘Growing Pains’. Before completing the final two lines of the song, Cara swiftly transitioned into the complete ‘Growing Pains’.

Watching her perform was electric! Her confidence radiates off her and fills the entire room.

Cara stopped to say a few words before multiple songs to let the audience know what each song means to her. Knowing that she writes her own music, it was refreshing to see that Cara was so open to being vulnerable with her audience.

Towards the middle of the show, Alessia picks up a guitar and sings a variety of songs from her discography. The songs ranged from soft, acoustics to harmonious tunes where she was accompanied by the full band.

Before performing the song, Alessia announced she wanted to try sometime a bit different with ‘Rooting For You’. She brought out a Saxophonist names Racheal to accompany her. It definitely got everyone in the crowd grooving along with her!

Alessia got emotional when introducing ‘Scars to Your Beautiful’. She lets the audience in on how it was the song that changed her life and the lives of others by its message. The power and passion in her voice made the song’s significance that much deeper. 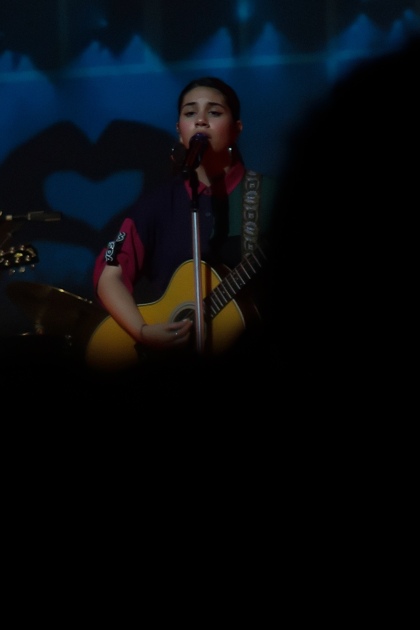 Following a joke about performing ‘October’ in November, Cara got fans hyped up with one final song ‘Stay’. The crowd was lively and jumping with Alessia during the chorus.

To close out the show, Alessia returns to the same couch she started on finishing the final lines of ‘Growing Pains (Reprise)’ and turning off the lamp.

After a night full of catchy melodies, beautiful lyrics, and powerful ballads, it’s no wonder why Alessia is a force to be reckoned with!

View all posts by Kaylona Laurie