KNCI threw quite an event on an October Friday night that left concert goers smiling and dancing.
Dillon Carmichael kicked off the show with a stellar performance that got the crowd singing along and set a great tone for the night. As more people trickled in throughout the night, the lawn felt cozy as blankets and chairs began filling the grassy area for people to settle and listen.

King Calaway really hyped up the audience during their exciting performance. This band had everyone dancing with their song “No Matter What,” and was a perfect intro for Scotty McCreery. In between sets, the audience had the opportunity to ride an electric bull, play air hockey, pool, and enjoy vendors while enjoying the delicious smell of food trucks around.

As it came closer to Scotty’s performance, you could feel the crowd buzzing with excitement. Once he stepped on stage, the crowd erupted in cheers. Scotty was a natural at making everyone feel special by reminiscing about how much he has always enjoyed performing in Sacramento. Girls were swooning when he got down on one knee during “This Is It.” Fans could feel his passion for music, and see how much fun he and the band had while on stage. Scotty McCreery really outdid himself during this performance of his album “Seasons Change.” 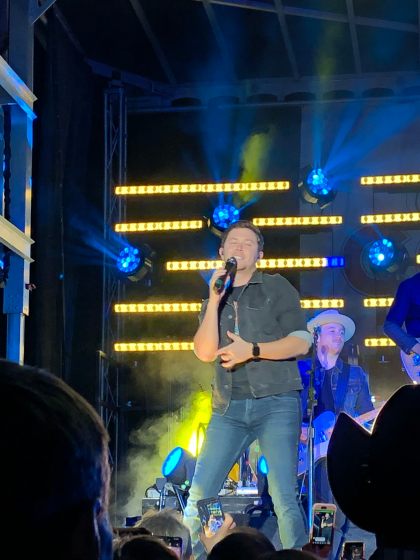