With the release of their album Landscape (Sept 2018), Future Generations’ bassist Devon Sheridan took the time to answer some questions. 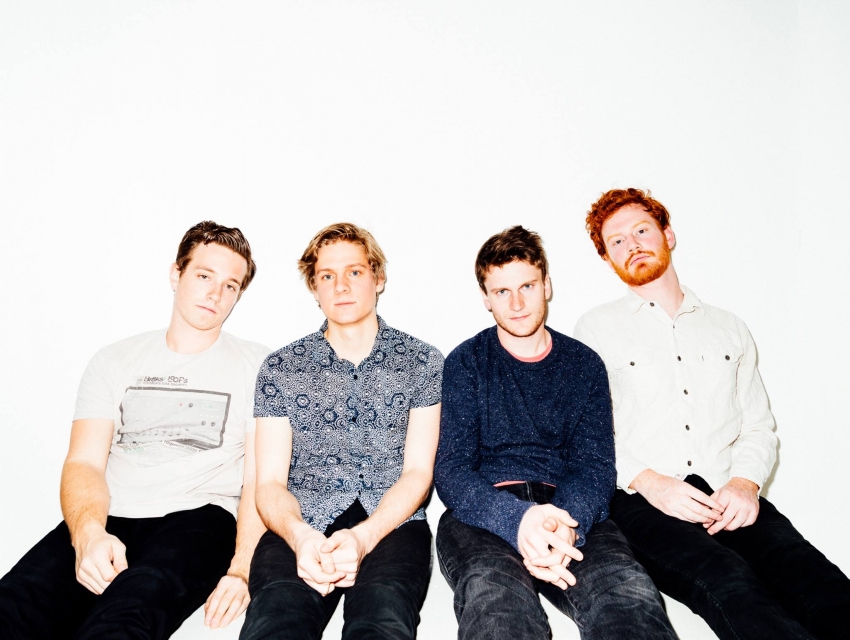 If you don’t know who Future Generations are or what kind of music they make, here is Sheridan’s description, “…using our patented Future Generations Genre Generator, let’s see what we get…Closing Credits of a New HBO Drama-Comedy Alternative Pop! Wow! That’s pretty clear and concise.”

According to Sheridan, the band used to describe themselves as indie pop “But it seems indie pop in the last year or two has become more aligned with electronic R&B styling which is completely fine, but definitely not a complete or accurate description of our music. At this point we’re basically an indie rock band with a veneer of synthesizers.”

When asked about the making of Landscape, he shares, “It’s fair to say the album came naturally over time.”

After their last album was released in 2016, the band took time to tour and then began writing their next album.

“Most of the songs on Landscape were demos that we wrote over the span of January through October 2017. We have days when we’ll get together as a band, and a couple times we’ll write basically a full demo in that day (“Suddenly,” for instance). Other times, two or three of us will write something we feel good about and bring it to the rest of the band.”

During the break between albums, the band has gone through a few changes that have made an impact on their new music.

Sheridan also adds, “…those changes, along with leaving college and living together in Brooklyn, facilitate incorporating musical tastes and attitudes we didn’t have for LP1. Oh, and we are definitely way better live now”.

Sheridan also gave Tonight an insight into the process for choosing which singles they would release and which albums would make the cut onto the album. “ ‘All the Same’ was a no brainer with its catchy chorus and the fact that, of all the songs on LP2, it sounds most like it could’ve been on LP1. In a way we wanted to welcome back fans of the first record with a familiar sound.” He also credited “Landscape” as being one of their strongest new songs and crediting “Suddenly” as a potential summer radio hit, making both of these songs perfect for singles. The fourth and final single however, was not as clear of a choice, “For our fourth single, “Out Loud,” which almost didn’t even make it on the record, we trusted the opinion of some people on our team. We also trust the unique beauty of “Out Loud” and think it’s a song that could introduce a different audience to us and in return introduce a fresh sound to our fans.”

Sheridan shares what song he is most excited for people to hear off of Landscape, “…we’re just extremely stoked for people to hear the opening track “Stranger,” which is perhaps the most dynamic and experimental songs we’ve written. But it’s also just a classic FG bop, too. “Stranger” previews the direction we’re taking with Landscape.”

Their tour kicked off on September 18th in Philadelphia and ends on October 26th in New York.

Sheridan shares his excitement in visiting the West Coast, “It’s been a long time coming”. We also talked about his favorite thing about touring and performing. “Definitely performing for both longtime fans and new converts at these shows, then meeting and hanging with them after shows. The energy and love is unlike anything else. “

We asked the band if there were any stand out moments since becoming a band where they felt this was what they were meant to be doing. Sheridan shares, “That’s a charming question. We’ve been lucky to have quite a few of those moments, particularly when interacting with fans to whom the music means so much. Hearing of the positive, cathartic or therapeutic effect of the music we make gives us incredible conviction that what we do is meaningful.”

He also credits their label, Frenchkiss Records, who has been with them since their release of the breakout single”Stars.”

“Other than the label, probably Eddie’s dad, who is a producer in Nashville. He’s been a sage mentor to him and the rest of the band. Also, our booking agent Len Chenfeld, who runs Modern Sound Entertainment, has been a key player for us for about two years. He did an incredible job booking this upcoming national tour”, Sheridan adds.

It is obvious Future Generations are a fun group who care deeply about the music they make and the impact it has on their fans. If you haven’t had the chance to listen to Landscape, make it a priority and don’t forget to get your tickets to any of their upcoming tour dates.

Be sure to check out Landscape and the rest of Future Generations’ work on Spotify.

View all posts by Claire Jones-Ruman